I bought my Canon PowerShot S90 one year ago and it has been a great camera. At $399.00 it was on the upper end of the price spectrum for a point and shoot, but it was well worth it imo. The S90 takes outstanding pictures, but it is small and light. 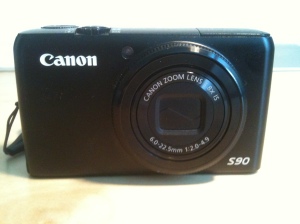 Canon actually retired the S90 several months ago and replaced with the S95, which is basically an S90 with a few new bells and whistles, including the ability to shoot HD video.

I’ve taken hundreds of pictures with the camera and it has proven to be quite durable. The enclosure is all metal and I’m glad it is because I’ve dropped the camera a few times on hard surfaces from a height of three to four feet and it has not suffered any damage.

Here are several of my favorite pictures from the last year, including a few night shots. I think one of this camera’s strong points is that fact that it takes great pictures in low light conditions.