Here are collection of pictures I took this Fall, here in my hometown of Easton, PA. All pictures were taken with my iPhone XR.

We had beautiful last Sunday of Summer here in Easton, PA. Now looking forward to the cooler temperatures of and the scenic Fall season.

I took this picture with my Canon G9 X

I shot these two pictures with my iPhone SE on Sunday, July 22, 2018, while walking over the Fahy Bridge in Bethlehem, PA. The bridge crosses the Lehigh River and connects Historic Bethlehem with South Bethlehem.

In the distance you can the old Bethlehem Steel plant on the right side of the river.

I modified both photos with the HDR Blue Sky filter on the Tonality App. 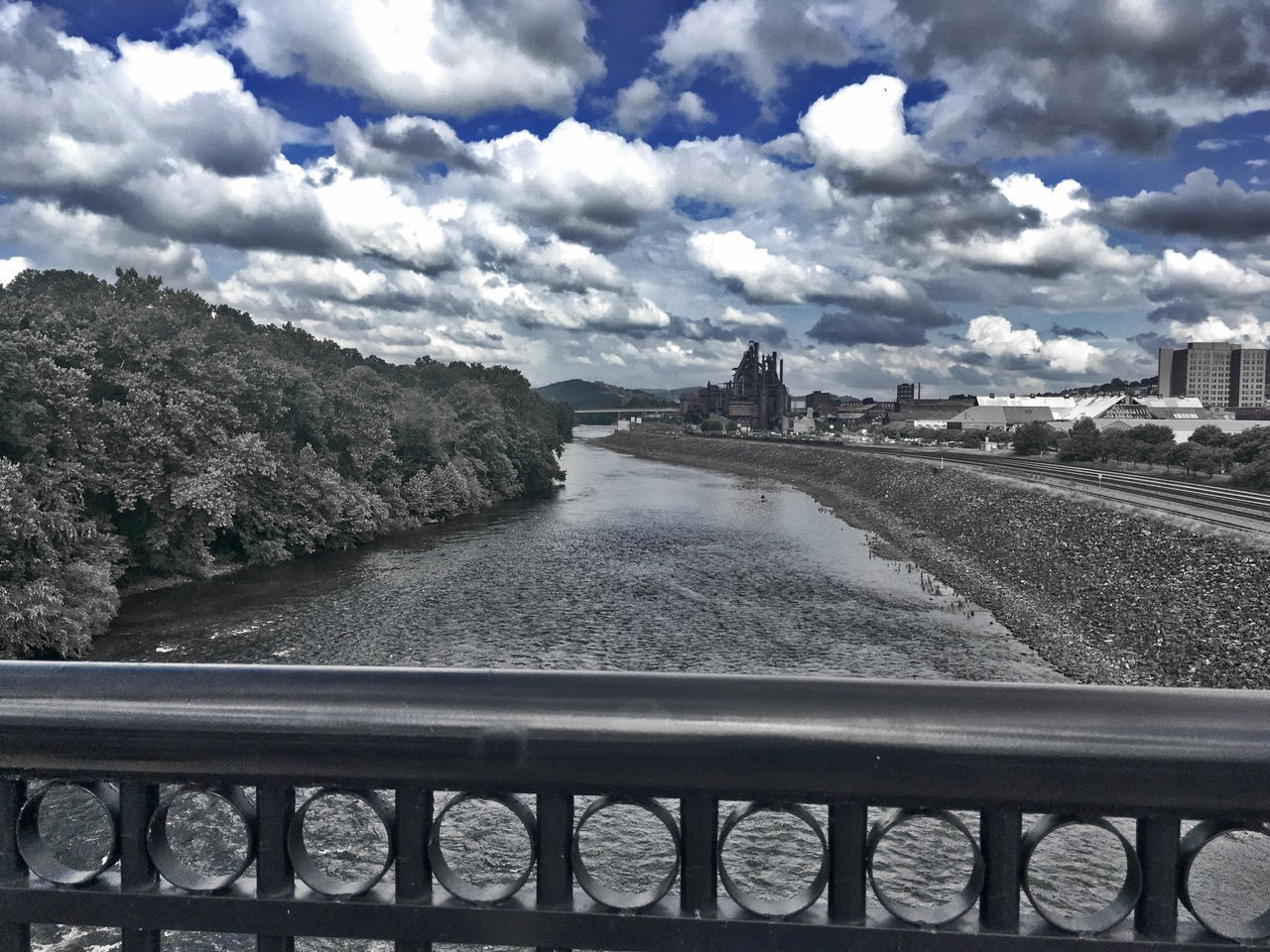 This past weekend an Amtrak Autumn Express excursion train travelled to the Lehigh Valley from New York City and it was a truly historic event because it was the first time in several decades that a passenger train had actually passed through Easton, Bethlehem and Allentown, the three major cities of the Lehigh Valley. The train then continued west to Harrisburg and Lancaster. After a stop at Lancaster the train headed south to Philadelphia and then north back to New York.

The first Autumn Express train left New York at 8:30 am on Saturday morning, Oct 29th, and crossed the Delaware river at approximately 10:20 am., entering Easton as it headed west the Bethlehem and then Allentown. I made my way to the site of the old Easton Passenger station to watch the Autumn Express roll by. I fairly large crowd of train enthusiasts, including the the mayor of Easton, had gathered to welcome train. A similar crowd formed to Allentown, including the mayor of that city as well, to greet train.

Here is video a shot of the Autumn Express arriving at the site of the former Easton Passenger Station on the morning of Saturday, Oct 29th,

I enjoyed seeing the train so much on Saturday that on Sunday morning  I decided to go to a spot right below the railroad bridge that the Autumn Express would cross the Delaware so I could capture that on video. 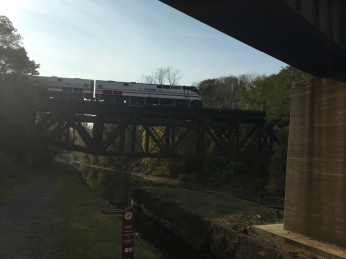 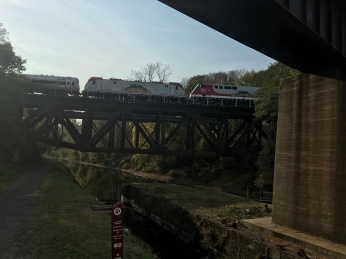 Later that morning I shot a brief video explaining why it was such a thrill to see the Autumn Express in Easton and why many in the Lehigh Vally would love the see passenger train service return to this area.

I has been quite a long time since I experienced a fall in the Northeast, after spending the last 10 years plus in San Diego. I loved the moderate year around temperatures of Southern California, but I can honestly say that I missed the changing seasons too and the spectacular changing colors of the trees in the NE was certainly one reason why. I’ve taken an variety of pictures here in Northeastern PA as well as Northern  NJ that capture some of the beauty of fall. Here are a few of my favorites so far, with more to come in future posts.