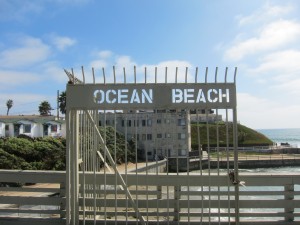 I paid a visit to the Ocean Beach section of San Diego yesterday and I was reminded of the 2010 FX series Terriers, which was an excellent show about two rather unconventional San Diego private investigators who worked out of Ocean Beach. Despite the fact that the show won high praise from many TV critics it was cancelled after just one season, much to my disappointment. Terriers definitely developed a devoted fan base, but it seems that the viewer numbers were just too small for FX to green light a second season. It is hard to say if Terriers really was the best TV series to last only one season because that has happened to other quality shows as well, but I have to think it would make any top ten list of such shows. If you have not watched it yet I recommend it. (Warning: Not for kids, adult content in some episodes).

This video gives you a sense of the quirky character of the show.