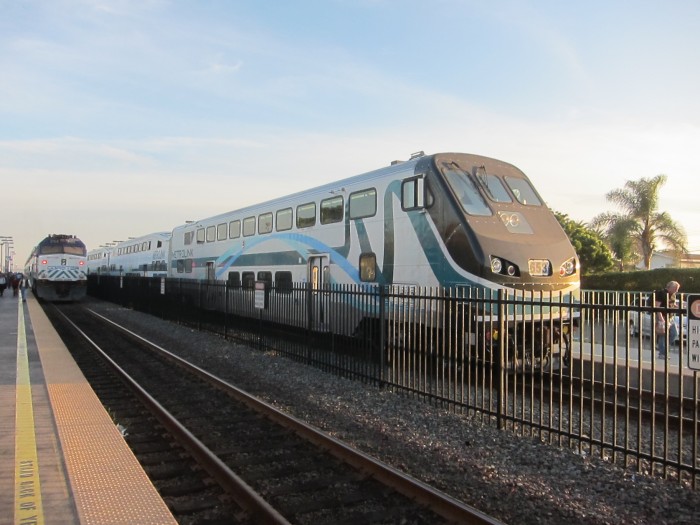 I was in Oceanside, CA a couple of days ago and happened to see a new Metrolink Hyundai Rotem CEM cab car for the first time. I’m a bit of a train buff so I had to snap a picture. CEM stands for Crash Energy Management. Metrolink is the commuter train line that serves the greater Los Angeles area. Oceanside is the last stop at the southern end of the Metrolink Orange County line. These train cars went into service in 2010 and are claimed to be the safest train cars in the USA by the manufacturer. A total of 117 cars were ordered in the aftermath of two deadly Metrolink train crashes that took place in 2005 and 2008, killing a total of 38 people. The CEM cars have crumple zones that are designed to absorb much of the energy of a crash. The CEM cars also have other new safety features that are designed to make the cars safer for passengers if a crash does occur, including stronger couplers, high backed seats and tables that collapse upon impact. The trains are also equipped with a GPS system designed track the trains and prevent collisions.