Every year I post what I think the best photos that I took from the previous year. I normally post my selections soon after the year ends. Clearly, I did not do that this year, but here they are.

I divided my 2019 pictures into two groups: Pennsylvania and New York/NewJersey

First, the Pennsylvania group, which is comprised of photos that I took in Easton and Bethlehem, which are both located in the Lehigh Valley.

I regret that I waited until June to start posting again on this blog. That certainly was not due to a lack of topics to blog about. I have been extremely busy all year and that was certainly a major reason for my inactivity on this blog. But, I am happy to report that I have been working all year, but like many people I had to shift my place of work to my home.

Glad to be back. More to come……

Here is a collection of photos I shot and a video I shot this fall here in my home of Easton, PA.

I took the this photo on Saturday, August 10th, at 7:02 pm. Location was Outlook Hill on Governors Island. I made the trip out to GI on that day to take some nights shots. Governors Island remains open until 10 pm on Fridays and Saturdays during the summer. I jumped on the 6:30 ferry from lower Manhattan and made my way over to Outlook Hill, the highest point on the Island, arriving shortly be 7:00 pm. Ironically, this photo, this daytime photo turned out to be my favorite from that trip to the island.

During 2018 I used three cameras: A Canon G9 X, an iPhone SE and an iPhone XR. My iPhone SE served me well the last few years, but I had to replace it in the fall of 2018 because of a defective part (charge port/microphone) and I decided to go with the iPhone XR, which has an excellent camera.

The pictures that I selected for my 2018 top ten were taken in my home town of Easton, PA, New York City and Hoboken, NJ.

Ok, following up on Post #3 from last week, I’m going play catch-up with the next several posts, publishing posts on various subjects that wanted to address earlier in the year. At the front of the line will be a post showing my favorites photos of 2018. Each year I post a group of pictures that I took the previous year that represent my what I thought were my top ten photos, although some years I find it difficult to narrow it down to just ten.

After my Favorite Photos of 2018 post I want to go back to some my subjects in previous years, including, but not limited to: politics, technology, sports, film, product reviews, podcast reviews and the financial markets.

Wow, we are into month 7 of 2019 and this only my THIRD blog post of the year! I knew I had published only a few posts so far this, but I was a little shocked when I checked recently and confirmed I had only posted twice this year. I think that is my slowest start for the first half of a year since I started writing this thing back in 2009.

Well, I definitely plan to be a bit more active in the second have of this year. This is not the first time that I have had a prolonged stretch with few blog posts. I can’t attribute that to any one thing, but I have given it some thought to this most recent decline in posting . I think there two things that I would attribute my lack of blogging to this year. One would be my personal computer equipment and the other is Twitter.

My computer a MacBook Air. I also have 9.7 inch iPad Pro and an iPhone XR. I can blog on all three of those devices, but I honestly don’t enjoy blogging on my iPad or iPhone. I just don’t consider them well suited for blogging. However, that is no reflection on the WordPress app, which works very well. I just prefer to work with larger screens when blogging. I do use the Twitter app on my iPhone and iPad quite a bit.

I recently purchased a new 23 inch Dell monitor and a new wireless Logitech keyboard, both of which I like a lot. I also purchased a new, large desk, so I’m to use my MacBook Air more as a conventional desktop and I think now that I have good home office set-up in place I’ll be more inclined to do more blogging. I’ll like to add a second monitor and possibly a regular desktop computer. Ideally, a computer that doesn’t take up too much space, such as a Mac Mini. I owned a first gen Mac Mini many years ago and really liked it, but ultimately traded in for a MacBook. However, I’m quite intrigued by the current Mac Mini’s and some of the mini computers that run Windows, such as those offered by Dell and HP. If I do purchase one I’ll be sure to post a Product Review post.

I have been on Twitter since 2009, under the handle @georgefattell. I have to admit Twitter is the one Social Media app that I like quite bit and I use it very extensively. The character limit expansion from 140 characters to 280 characters back in November of 2017 made Twitter even more attractive to me. However, even with that expansion the Twitter platform has obvious limitations. In some cases I have been tempted to post a tweet to express my thoughts on topics, but did not follow through because a tweet or even multiple tweets might not provide sufficient space to address certain topics in a way that accurately reflect all full extent of my thoughts on those topics. So, in the interest of providing a more complete expression of views and opinions on many different subjects I am going try blog more.

I have been publishing the GMF Journal blog since August of 2019 and I recently refreshed the blog’s interface. The biggest change is a change in the blog theme. I switched from the K2 theme to Lodestar theme and I’m very pleased with clean, modern look of Lodestar. I did not start with the K2 theme back in 2009, but I used that theme for the majority of this blog’s life.

I also changed the Header photo. I called the photo below the Winding Trail and I chose that photo because I thought it was symbolized (emblematic) the journey of life and it captured the beauty of the San Diego area, which is known dramatic meetings of land and sea. I took that photo at the Torrey Pines State Natural Reserve. I really love that photo, but I felt it would more appropriate to feature photos from my current home, in Easton, PA and the surrounding area, which also has many scenic settings. Right now the header photo features a shot of downtown Easton, taken from College Hill neighborhood in Easton, which is directly north of Historic Downtown Easton. In the future I may add others photo’s from this area and put them in rotation for the header photo.

Trying out the WordPress app with my iPhone XR. 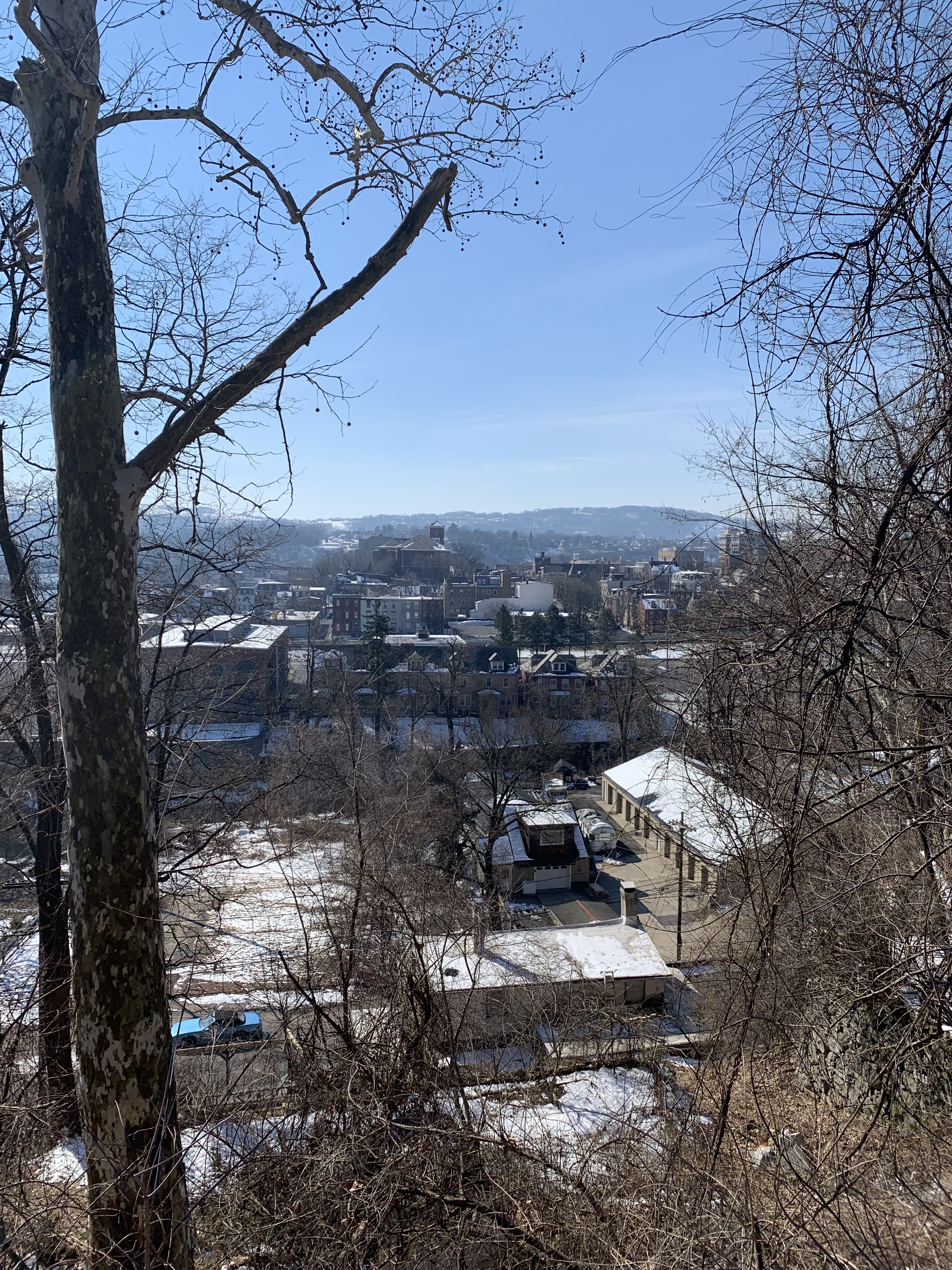 Here are collection of pictures I took this Fall, here in my hometown of Easton, PA. All pictures were taken with my iPhone XR.